At this point, Russia’s invasion of Ukraine has spanned months causing days and weeks of sheer worry. Where will the next assault be launched? How many people’s lives are at risk? How will those left without homes be able to flee for safer grounds? Among those questions, experts are also asking what happens when the war goes beyond the physical to include the cyber landscape? We are aware of Russia’s history with malicious cybersecurity activity, and there is anticipation building over the exact methods it will use to react to sanctions placed on the country by U.S. and European authorities. Plus, there is already evidence of Russian cyberattacks that have targeted Ukrainian government websites and the country’s energy sector. In a press conference, Viktor Zhora, deputy chairman of the State Service of Special Communications, confirmed that hackers had attempted to compromise the systems of one of Ukraine’s largest energy companies in order to cause large-scale blackouts. Luckily, researchers were able to help identify and thwart the attack believed to have stemmed from Russian military group Sandworm.

Considering these escalating concerns, investors are stepping to the plate. As the U.S. and its allies aid Ukraine through financial support and the delivery of arms, defense stocks have also climbed. Both Raytheon Technologies and Northrop Grumman have experienced rises in their values. As The Guardian previously reported, Raytheon’s share price increased more than 10% after the invasion. Meanwhile, Northrop Grumman’s stock rose by 7% by the end of February.

Alongside defense stocks, cybersecurity stocks are also trending, which is a pattern that pre-dates the conflict. Cyber threats have been evolving at a rapid rate, skyrocketing interest in the cybersecurity sector. Last August, Venture Capital Journal summarized that $11.5 billion in financing activity occurred throughout the industry in the first six months of 2021. This included private equity, late-stage and early-stage investments. But the events in Ukraine have certainly placed a new-found pressure on enhancing cybersecurity abilities, especially within the critical infrastructure field, that is influencing the focus of many parties. In addition to the likes of the White House and other governing bodies, investors are also backing this sense of urgency. Therefore, in lieu of our typical Cybersecurity Brief this week, we are highlighting some of the cybersecurity investing moves that have unfolded throughout the course of the conflict between Russia and Ukraine.

Implications of the Increase in Stocks 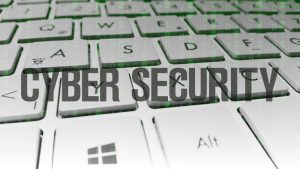 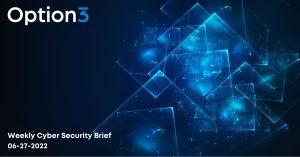