This week’s cyber news has proven one thing: U.S. citizens need to get educated on the importance and inner workings of cybersecurity. In the age of social media, news can spread like wildfire, whether it is true or false. Articles by Davey Winder from Forbes, Steven Melendez from Fast Company and Zachary Cohen in combination with Alex Marquez from CNN, point out the importance of cybersecurity, and question where American’s trust should lie when it comes to the security of our systems.

On June 15, people around the United States were unable to make calls or receive texts on their cellular devices. As Americans began to ponder why the network was down, rumors started to flood that China successfully hacked the DDoS system. After speculation, it was discovered that there was no attack. In fact, T-Mobile was simply experiencing issues with a third-party provider in the Southeast. Although this incident was a false alarm, there have been major cyber-attacks in the past that Americans actually have to worry about.

Back in 2016, the CIA was hacked by an inside employee releasing 2.2. billions of pages of confidential information on WikiLeaks. The information revealed that employees inside the CIA had been sneaking into phones and televisions to spy on people worldwide. Now even today, U.S. officials are questioning the lax security of the CIA.

Both of these events prove that Americans are increasingly skeptic about the security efforts of organizations that are supposed to be protecting our digital footprints. That being said, it has been reported that only 45% of small businesses and 80% of larger businesses are allocating the necessary resources towards ensuring their systems are secure. The only way to prevent future attacks and ultimately fight of hackers is to get educated on the importance of cybersecurity. The spread of knowledge could end up protecting the confidential information of people around the globe.

No, The U.S. Has Not Suffered The Biggest Cyber-Attack In History: Here’s What Actually Happened – Davey Winder, Forbes

Your small business is not prepared for this cyber nightmare – Steven Melendez, Fast Company 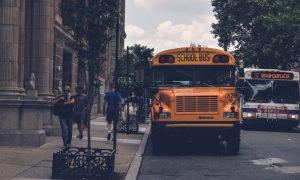